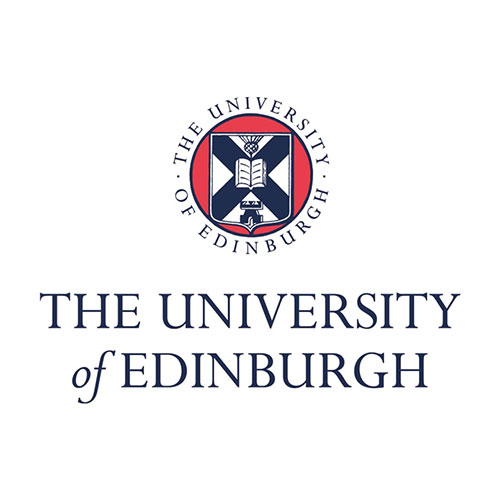 The University of Edinburgh is one of the largest and most successful universities in the UK with an international reputation as a centre of academic excellence. Its international character is reflected in its student population, which comprises of 2,600 European students and 6,000 International students (out of a total population of around 25,500 students) from over 120 different countries worldwide. It can also be found in its truly international staff and in its joint research and other links with overseas universities, institutes, companies and governments.

The University is the leading research university in Scotland and is amongst the top ten in the United Kingdom. Almost all members of staff at the university are research active. Following the announcement of the results of the 2014 Research Assessment Exercise some 63% of the University’s research activity is in the highest categories (4* and 3*), of which one third is recognised as “world-leading”. A total of 1,852 individuals, more than 83% of the institution’s academic staff, saw their research assessed across 31 subject areas. The results place the University in the top 5 in the UK and number one in Scotland by volume of 4* “world-leading” research. The University is home to 35% of Scotland’s 4* research.

The College of Science and Engineering

The College of Science and Engineering is one of the three academic Colleges at the University of Edinburgh. With nearly 2,700 staff and 8,000 students, it one of the largest science and engineering groupings in the UK. It is also in the front rank of the UK University science and engineering groupings for research quality and research income. In the most recent (2014) UK Research Excellence Framework (REF) the College of Science & Engineering continues to be a top performer and was classified as world-leading in terms of originality, significance and rigour. The results reveal that overall 84 per cent of the University’s research activity is in the highest categories – 4* and 3*– which are classified as ‘world leading’ or ‘internationally excellent’. Edinburgh is also one of a select group of British universities to achieve outstanding results when demonstrating the impact of its research on wider society. More than half of its research in this category has been classed as ‘world leading’. The College of Science and Engineering consists of seven academic schools: Biological Sciences, Chemistry, Engineering, GeoSciences, Informatics, Mathematics and Physics & Astronomy. One of the Universities fundamental missions is the advancement and dissemination of knowledge. With that in mind the College strives to produce graduates equipped for both personal and professional achievement and this is reflected through the up-to-date content of all teaching material to reflect the latest development in research and at the same time be responsive to the needs of employers and Industry. The College is also a key player in European research collaborations, participating in 490 projects since Framework 6 (125 projects in Framework 6, 235 projects in Framework 7, and to date 130 in Horizon, including 33 ERC awards and 31 Marie Skłodowska-Curie actions awards). In total, the College has hosted 67 ERC grants and 121 MSCA grants.  In addition to successful participation in European projects, the College is home to one of the 2013 Nobel Laureate in Physics, Prof. Peter Higgs who discovered a mechanism that enables elementary particles to acquire mass and shares it with Prof Englert from the Université Libre de Bruxelles.

Institute for Infrastructure and Environment (IIE)

The Institute for Infrastructure and Environment carries out research on a diverse range of topics contributing to efficient, sustainable and resilient infrastructure in the built and natural environments.

Such as security of infrastructure and communities from natural and anthropogenic hazards; improving industrial infrastructure for dealing with bulk solids; assessment, monitoring and improvement of transport infrastructure; and treatment of water and waste water. The research is aimed at promoting wellbeing of humanity in the face of contemporary and anticipated challenges to urban infrastructure and the natural environment. The research themes the department concentrates on are: